You can’t make this stuff up, and that’s the truth.

Settle in for a Twilight Zone witchy type of a story.

Maybe you should stop for a minute and get your favorite crystal to hold for protection.

Let me give you the backstory; I don’t watch much local TV news, so there was no mention of what I’m about to share, neither on TV nor the internet.

No seed planted in my gray matter–conscious or subconscious—from any source.

I was in my car with someone else driving. The time frame seemed to be current mixed with a sense that it was also eighty years ago.

We were driving to Ramona (a quaint little town on the way to our local mountains) and were stuck behind a line of vehicles from the 1930s and 1940s, the kind we associate with Prohibition; suicide doors, big tires, substantial, you know what I’m talking about.  If I remember correctly, I even think the dream was in black and white, or at least most of the cars were shiny black.

However, the car I was in was not one of the older ones. It was brand new.

This road to Ramona is a two lane highway, and there were about a dozen vehicles, snaking steadily around the curves. 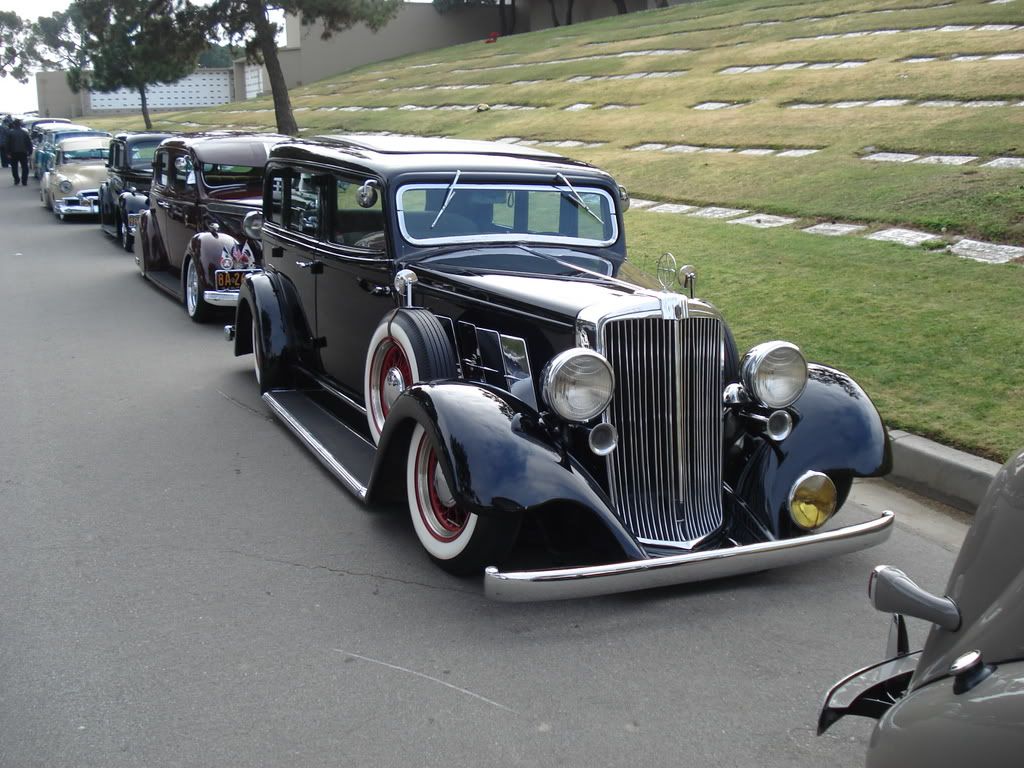 I don’t recall being too impatient at the slowdown (unusual behavior for me lol) and then at some point we were able to safely pass all the cars and we arrived in Ramona.
The last part of the dream I remember is that we were looking for someplace to eat or do other touristy-type activities.

Well, that’s not the freaky part, but this is…

I had a dentist’s appointment to follow-up on some oral surgery that’s taking a bit longer than it should to heal properly.

Because of the pandemic, I haven’t been out driving in a while, so I thought I’d take the long way home and drive down the coast. It’s a warm eighty degrees today and gorgeous.

Hand to heart, what I’m about to share is truth. I AM NOT KIDDING.

As I was driving south down Carlsbad Blvd, I looked around me and my mouth dropped open.

In front of me was a line of cars exactly like I had seen in my dream. I was following them. THE EXACT SAME CARS. Vintage autos from the 1930s and 1940s.  There was nowhere to pull over and snap a photo so you’ll have to believe me.

Was it a car club? Probably, right? But I have no association with cars, new or old, and didn’t see any overt or subliminal advertising of a car club event.

All I know is that my dream was now my reality. Except it was Carlsbad and not Ramona.

Who can explain it?

Not me, that’s for sure. I’m pretty much of a skeptic, a “show me the science” type, but I’m edging toward a healthy respect for the unknown. Even more now, haha.

How weird is that? I have no idea what it all means. I researched it and what I learned is that to dream of antique or old fashioned cars represents current decisions in an area of your life being influenced by the past or by nostalgia.

If an old fashioned car is black or red this is symbolic of your thoughts and decisions being too influenced by the past, or return to unhealthy habits or views, and you might need to focus more on healthy decisions.

In dream meanings, your car often represents how you control your life. This dream implies an extension of what is achievable, and with more confidence you can achieve anything.

Generally, cars are attached to our inner emotions and can indicate spiritual progression on both a psychological and emotional level.

If you dream of an old car that is not your own – such as an antique or old fashioned car, this is a sign that you are a strong willed person – a man (or woman) of grit and steel. It is a great omen for your life now and that you can trust your own judgment.

Well, that’s all interesting and even positive info about old cars, but I could find nothing about the “coincidence” of living the same scenario as occurred in a dream. It’s not like I’m a prophet…

“Dreams are known as “the sleep language,” and since the time of creation God has brought divine revelation to mortal men and women while they are sleeping. Scripture even calls a prophet a “dreamer of dreams” (see Deut. 13:1; Num. 12:6). ” Charismanews.com

There are those who believe that dreams can indeed predict or foretell the future. Prophetic dreams are linked to major disasters, wars, assassinations, accidents, lottery numbers or even with winning horse race. Such dreams have helped solve crimes. In history, Abraham Lincoln was said to have dreamt of his own body laying in a coffin two weeks before he his assassination.

Or was it possibly a variation of Deja Reve, which is a French term meaning “already dreamed,” and it can be thought of as the opposite of lucid dreaming.

Deja Reve is the feeling you get when you find yourself in a situation that makes you feel as if you dreamed about it previously, that you dreamed you would be there.

The person I was with in my dream was not with me today in real life. Today, I was driving alone. I have no idea what it means because nothing really happened.

I simply observed a line of antique cars pretty much exactly as it happened in my dream. I could think of a lot of other dreams that could be more relevant to me; a dream about a gigantic suitcase full of money or a handsome knight on a white horse (or car) to sweep me off my feet and carry me off to the sunset. In Hawaii. That kind of thing.

dreams about the future could be as a sign of a prediction you are being given from your spirit guides or god. … If you have the ability to dream about the future, you will dream about such things as world events like earthquakes, tsunamis before they actually happen in the days to come.

or could it be a precognitive dream which could possibly act as a warning.

A dream might sometimes show you something unpleasant that might occur if you continue on the path you’re on.  You experience the consequences/unpleasantness in your dream, and it allows you to course-correct and make another choice if you want to, so that you avoid the outcome shown in your dream. Then what you dreamed may or may not come about, depending on the choices you have made.

The second purpose of a precognitive dream is to show you that you’re on the right path.

Then some time later, you find yourself in that exact situation, in those exact surroundings, with the person in your dream who says what they said in your dream.  You might have the same exact feeling in your reality as you did in your dream, like a weird déjà vu moment. annasayce.com

But why cars, I wonder? I don’t even really care much about cars. Did I time travel? Sort of an imperfect astral projection? Something to do with planetary influences?

I really, really wonder what the message is, especially since it was very much a Twilight Zone feeling.