Confession: I’m a great co-pilot traveling companion. You would LOVE to have me in the passenger seat with you, I promise.

I keep the snacks flowing, conversation is stimulating, and I even throw a few dance moves in with jazz hands 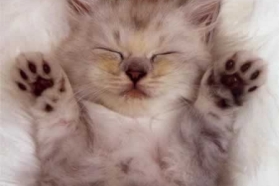 at appropriate moments. Jazz hands are the BEST.

Kitty jazz hands are even better, don’t you agree?

We compiled a bunch of music for the road; stuff we both like; Frank, Ella, Nat King Cole, stuff I like; Adele and Christina Perri, and music hub enjoys; Coldplay, U2, Nine Inch Nail, Com Truise.

The next morning we hit the road to explore the Petrified Forest National Park and Painted Desert. We walked pretty much throughout the whole park at every stop and trailhead. The sky wasn’t as blue as the day before so the colors weren’t as vibrant as they might have been.

Of course I stopped at a gift shop for local wares, and I chose geodes, petrified wood, and a petrified sand dollar! 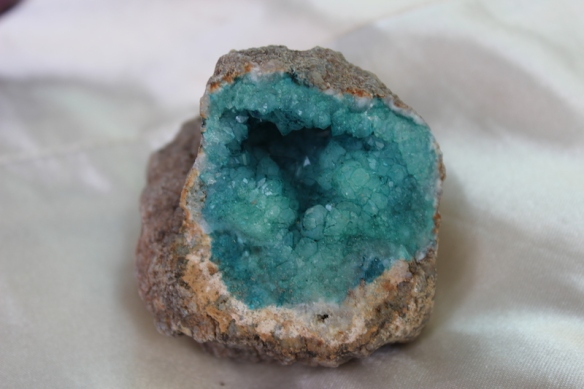 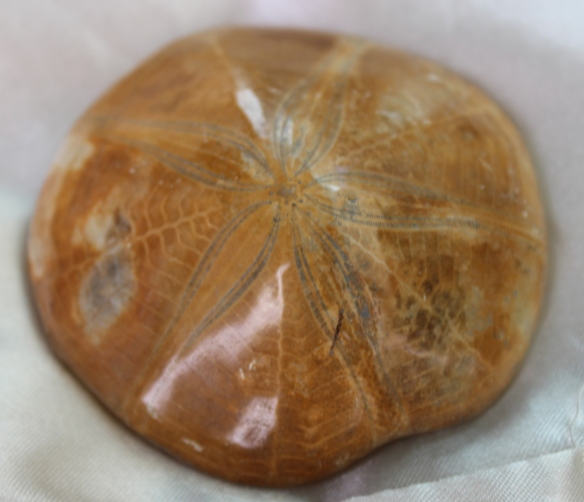 It’s hard to believe this was all under the ocean a zillion years ago. Evidence of early human occupation (13,000 years ago) is readily visible with petroglyphs and potsherds.

Our plan was to journey on the Highway 40 — old Route 66 — to Natural Bridges National Monument in southeast Utah, between Hanksville and Blanding. It’s rather remote and not close to other parks so is not so heavily visited. Unlike Arches National Park with over 2,000 classified arches, there are only three bridges here though the monument also contains Anasazi cliff dwellings, pictographs and white sandstone canyons.

But…when we got back on the road, one of the dashboard gauges indicated that we were losing power.

We were pretty much in the middle of nowhere.

Although he packed a lot of tools, the one thing we needed most, something called a volt meter, was still at Casa de Enchanted Seashells.

Lucky for us (unlucky for lots of other cars that must break down on that road) we saw a hand painted sign for Mike’s Auto Repair and took the next exit.

Mike was like a lot of people we came in contact with in Arizona — sorta friendly, sorta not — and all business. He had a volt meter, and he and hub figured that our problem was either a bad battery or a bad alternator — or both.

We gave Mike a “donation” for the use of his diagnostic tool which ensured that our tires remained unslashed, and drove forty miles back to Holbrook, where there was an O’Reilly Auto Parts Store, just like there was in Payson where we had a less urgent car repair issue.

I was nervous the whole way — being stranded didn’t sound like it was any sort of adventure that I wanted to experience.

In Holbrook, we bought a battery which was installed in a few minutes.

Everyone at O’Reilly thought that would/should solve the problem…and brushed aside my BRILLIANT and soon-to-be prophetic suggestion that we also purchase an alternator “just in case”.

We’ve gone on a lot of road trips and we’ve never had any problems, and so far this was our second mechanical failure in three days. For someone who has absolutely NO idea about what makes cars tick, I figured it wouldn’t hurt to stock up on parts that MIGHT break, right?

Can you guess where this is going?

We hadn’t gone more than one mile when the battery gauge indicated a problem in the electrical system  —  again.

Obviously not the battery this time, but hub said that somehow the battery wasn’t charging.

The alternator or the voltage regulator was probably at fault. Apparently, everything decided to fail at the same time. We immediately turned around back to O’Reilly and lucked out that they even had the right part in stock or we might still be there.

There’s a Dollar General on pretty much every corner throughout Arizona and I picked my way between broken glass and plastic bags across a trash strewn empty lot for a little retail therapy. I went up and down every aisle but came away empty-handed; nothing caught my discerning eye. Oh well. I guess it wasn’t meant to be.

Once again we settled in for a long ride. Because we had lost most of the day, we decided to change direction, skip National Bridges National Park and forge ahead to the Vermillion Cliffs at the The Grand Staircase-Escalante National Monument in Utah  – wandering ever closer to Zion. 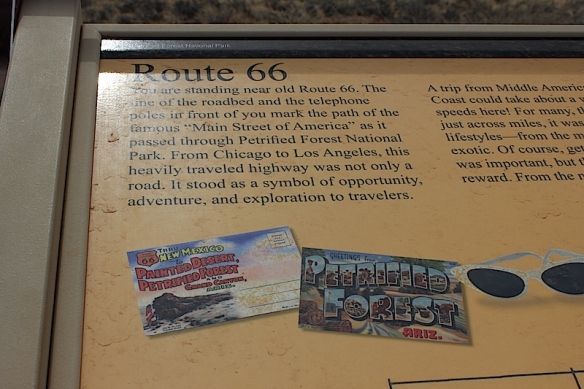 Along the way, on the side of the road, were a couple of Navajo women selling jewelry. The tables were packed with handmade jewelry — turquoise, hematite, juniper beads, and baskets. I asked before I snapped, and got a big smile for the camera. 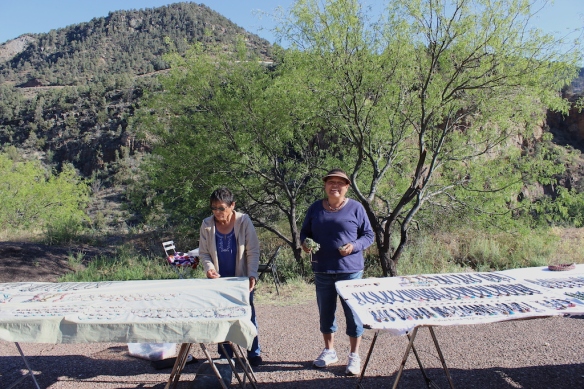 A pretty good haul, don’t you agree? I got a basket too, but forgot to take a pic. 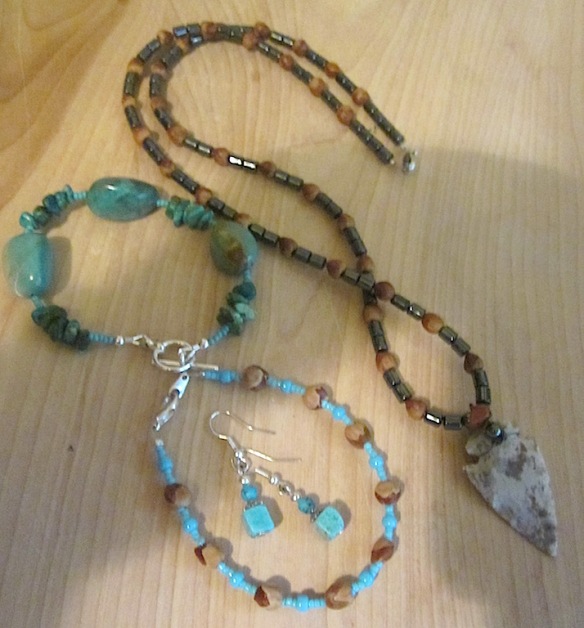 Arriving in Page too late to locate a campground, we had our worst night EVER at Motel  Six in Page, Utah at fake Lake Powell. Apparently, this was a busy time for Page, as all the hotels were booked. The fact that Motel Six had any room available was NOT a good sign.

My travel tip to everyone is to avoid this Motel Six if at all possible. Especially Room 239.