And not an artichoke, either. 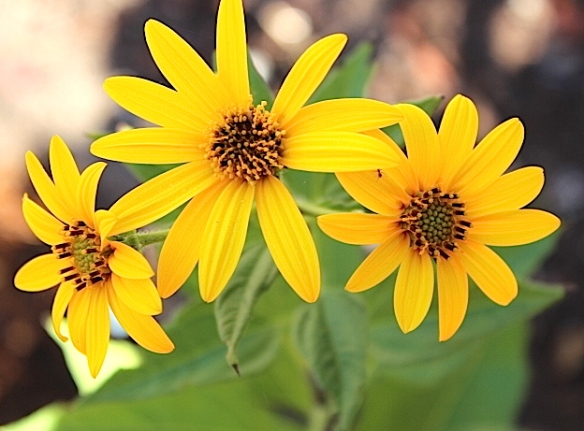 I wonder what they taste like. Anyone tried them? 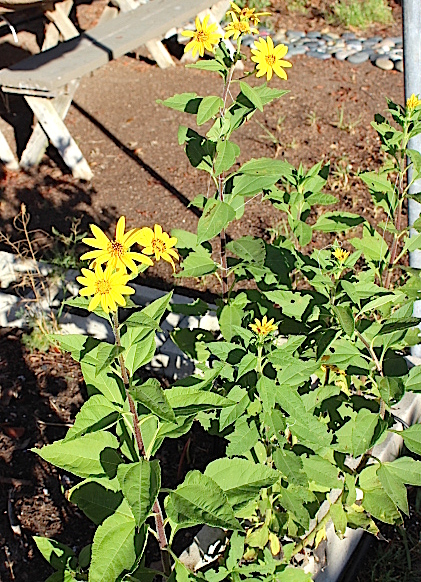 According to Wikipedia, The Jerusalem artichoke (Helianthus tuberosus), also called sunroot, sunchoke, earth apple or topinambour, is a species of sunflower native to eastern North America.It is also cultivated widely across the temperate zone for its tuber, which is used as a root vegetable.[2]

I haven’t harvested my tubers yet ‘cos I’m still enjoying the flowers — that’s about all that’s flourishing in my garden during this horrible drought in California — but when I do, I’ll probably roast them with garlic, since we got a HUGE string of garlic from Gilroy, the garlic capital of the world, the last time we drove through central Cali.

Jerusalem artichoke brandy smells fruity and has a slight nutty-sweet flavour. It is characterised by an intense, pleasing, earthy note. The tubers are washed and dried in an oven before being fermented and distilled. It can be further refined to make “Red Rossler” by adding common tormentil, and other ingredients such as currants, to produce a somewhat bitter and astringent decoction. It is used as digestif, as well as a remedy for diarrhea or abdominal pain.

If you’ve cooked with them, please send me your recipes. Thank you!

5 thoughts on “Not a Sunflower”