I needed a few things at the crafts shop; glue sticks, jute, ModPodge, stuff like that.

Let’s clarify right from the beginning —  I live in what could be described as a sorta snooty beach town — home prices in the $700,000 to million dollar plus — a fair amount of discretionary spending — lots of ladies who go to the gym, spa, lunch, shop.

The crafts store I went to is in a smaller strip mall. I parked my car between a Lexus and a Mercedes (see?), grabbed a reusable bag from the trunk, and headed into the store.

It was a busy Sunday; by the way a lot of the (mostly) ladies were attired, it’s obvious they had come directly from church — this is SoCal so nobody doesn’t wear flipflops unless they have to, and there were more flowery frocks than Lululemons.

As I’m walking toward the store, DIRECTLY to the left of the automatic double glass doors  —  in plain sight — was a man sprawled out on the sidewalk. You couldn’t tell if he was sleeping. Or if he was dead. He had no blanket, no pillow, nothing except a well-worn paper bag near his feet.

JUST LYING ON THE SIDEWALK.

I looked around and there were no less than three other women walking toward the crafts mecca along with me.

NO ONE even glanced in his direction, but it’s not like you could avoid seeing him.

He was RIGHT there.

They had to make a CONSCIOUS decision to ignore him.

I made eye contact with one woman who looked away, uncomfortably.

It was obvious that she did NOT want to engage in a conversation.

I went in the store, walked over the first employee I saw, and asked if he knew anything about the man that was either dead or alive outside his store.

He said, “Oh yeah, someone mentioned him.”

He said, “Would you like me to call the manager”?

As I’m tapping my foot impatiently, waiting for the manager to appear and deal with ME, it was hard NOT to feel all the other women awkwardly look away from the SITUATION.

When the manager arrived, she said, “Are you the one who wants to know about that man?”

I said, “Yes, I’m the one. If you knew there was a human lying on the ground – he could be sick, he could be dead, he could be homeless — why did you not call someone to help him?”

(Watching out of the corner of my eye as other women avoided the aisle where we were standing.)

“Well, do you want me to call someone?”

My blood pressure was rising — as was my voice.

“YES, PLEASE CALL SOMEONE TO SEE IF HE NEEDS HELP — OR I WILL, DO WE NOT LIVE IN A SUPPOSEDLY CIVILIZED COUNTRY? HOW CAN YOU ALL (as I point to the group of women who are listening) SIMPLY WALK BY AND NOT CARE?”

“YOU ARE ALL DISGUSTING.”

Yes, I said that.

If you want to know why I didn’t go up to him myself, its because I actually thought he was dead, and didn’t want to disturb a potential crime scene, and if he was sick, well, it’s not my job to offer medical assistance.

The manager called the police who arrived immediately, and it appeared that the man was indeed homeless, but was having some sort of medical condition and needed to be transported to a hospital — not life threatening, but he definitely didn’t need to suffer on the sidewalk.

As I stood in line waiting to purchase my glue sticks and other non-essentials, a woman thanked me for “doing something” and said she was planning to say something if I had not.

Well, people, I can’t be everywhere, so don’t wait for me.

Whether it’s a sick and dirty homeless man or a mistreated animal or an abused child.

Be civilized. Be compassionate.

Don’t just talk about it.

Don’t be a hypocrite. 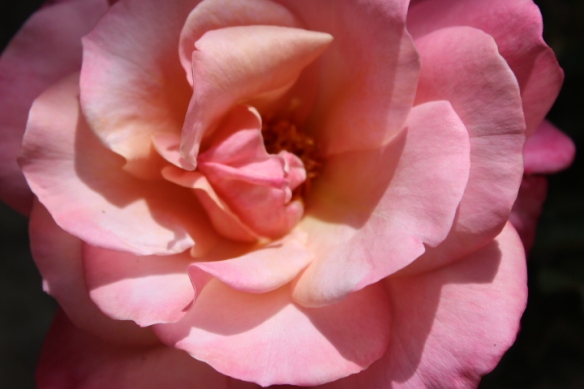 19 thoughts on “Compassion and Hypocrisy”