It’s so quiet at night.

I love not hearing cars, sirens, air compressors, grinders, belt sanders, and the cacophony of other human discord.

What I love hearing at night is the song of a coyote, the hoot of a Great-Horned Owl, and listening to my thoughts.

Since there’s been less human activity since the GREAT PANDEMIC OF 2020, I’ve come to enjoy the sounds of silence in my neighborhood.

Before I go to bed, I sit outside in total darkness on the deck. I look up at the sky and think about a poem I wrote in college about Orion; I guess I’ve always been drawn to the night.

This week, there were Lyrid meteor showers and even fireballs, but I missed them all. Still, it’s comforting knowing that they happened, even if I didn’t get to personally witness any.

Lately, there’s a new and beautiful addition to the songdogs and the owls.

It’s one of the only birds that sings at night in my area, the Northern Mockingbird. 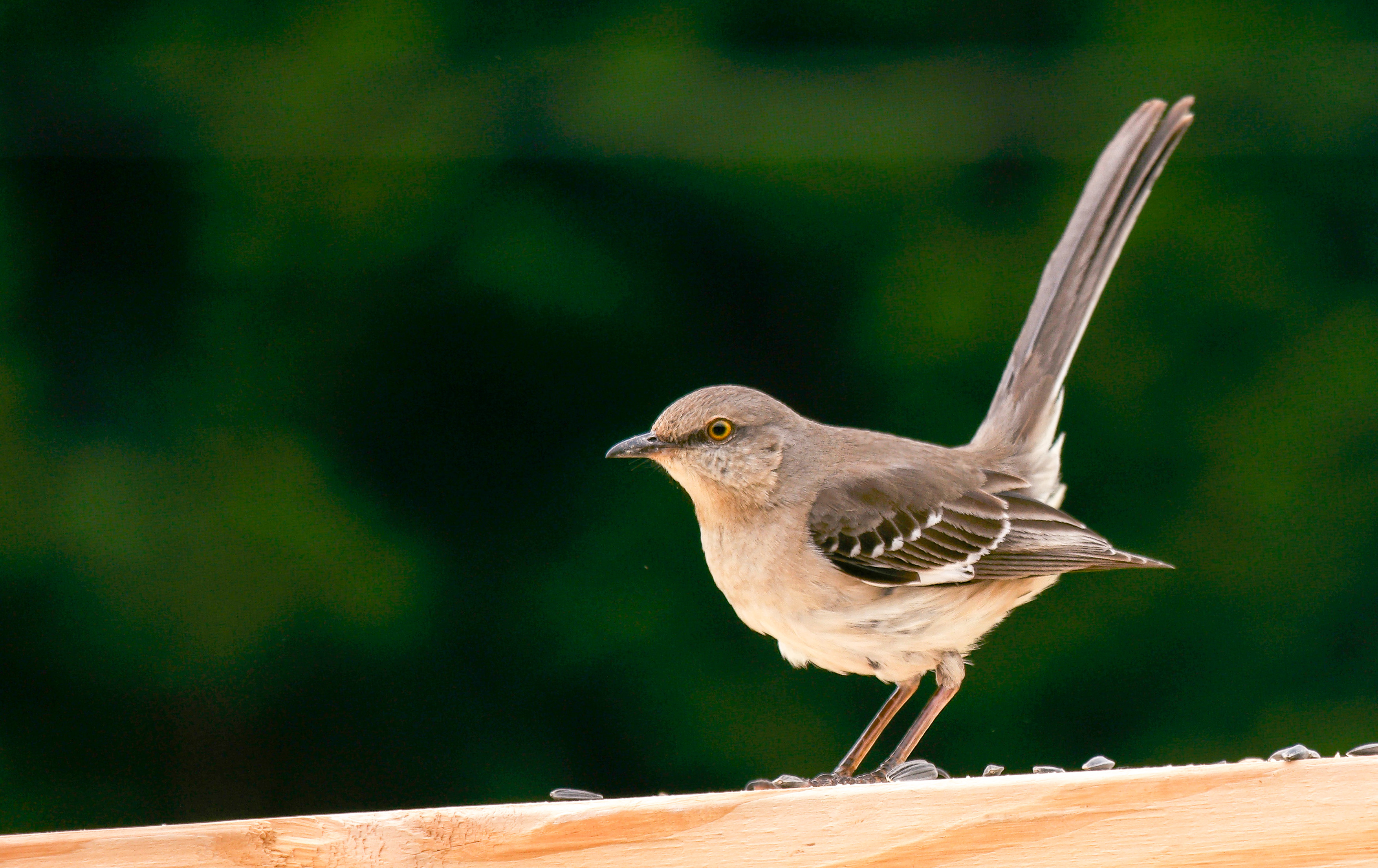 This file is licensed under the Creative Commons Attribution-Share Alike 4.0 International license.
IzzyMPhotography

The northern mockingbird is a world-famous singer, considered finer even than the famous nightingale of Europe.

The male sings a medley of songs belonging to other birds, repeating each phrase several times before moving on to the next.

Most songbirds learn all the songs they’ll ever sing before they’re a year old.

He learns the songs of other birds and incorporates them into his own songs. Mockingbirds also sometimes “sing” the sounds of people whistling, frogs croaking, and doorbells ringing.

Although all adult male mockingbirds sing during the day, only a bachelor sings at night.

Their night music is a beautiful love song. As soon as the mockingbird finds a mate, he stops singing at night. And that’s how we’ll know.

FYI: the Migratory Bird Treaty Act of 1918 makes it illegal to kill, harm, or harass the mockingbird (and other migratory birds).
From:http://www.birdwatching.com/stories/mockingbird.html

And then I started thinking about other types of beautiful music, like A little Night Music  by Mozart (Eine Kleine Nachtmusik), Eine kleine Nachtmusik (Serenade No. 13 for strings in G major), K. 525, is a 1787 composition for a chamber ensemble by Wolfgang Amadeus Mozart. The German title means “a little serenade,” though it is often rendered more literally but less accurately as “a little night music.” The work is written for an ensemble of two violins, viola, and cello with optional double bass, but is often performed by string orchestras.

And finally, some Rumi:

Close the door of words
that the window of your heart may open.
To see what cannot be seen
turn your eyes inward
and listen, in silence.