Before I was Princess Rosebud, I was Rowdy Rosie, did you know that? Something must have happened over the years to morph RR into PR, but she’s BACK!  (You can read a previous post about RR here: https://enchantedseashells.com/2013/07/02/the-story-of-rowdy-rosie/)

All you need is a little patience, right? Well, to paraphrase my rock and roll crush, Axl Rose, I guess I needed twenty-plus years of patience, ‘cos that’s how long it took between Guns N’ Roses concerts. At least for me.

When my good friend from Cowboys and Crossbones told me their Not In This Lifetime tour was one of the best concerts she’d ever attended, my ears perked up. When I discovered GnR would end their US tour in San Diego, I knew I’d have to something about it.

I dusted off an old Rowdy Rosie sheer lace spandex camisole I’d kept safe (just in case) since the nineties nestled in tissue paper and wore it over a black and white polka dotted push up bra, squirmed into skinny jeans so tight there wasn’t an ounce of space to breathe, added studded moto boots, and the look was complete.

Not too bad for a grandma, am I right? (DO NOT ANSWER THAT RHETORICAL QUESTION!!)

After a slight mishap at the trolley station where I accidentally fell onto the tracks. No adult beverages nor any mind altering substances could be blamed…the sun was in my eyes and it was SUPER crowded-sometimes the truth is BORING, but the truth is what you get in Confessions of a Tugboat Captain’s Wife…

The opening act was the Cult, do you remember them? They did a great job of holding our attention until Axl hit the stage.

We are all aware of the inexorable march of time; it can’t be stopped, we all get older, look older, feel older–none of us really has a picture in the attic (literary reference to Picture of Dorian Gray)-even Botox and a skilled surgeon can only for a brief moment hold back the tick-tock of aging.

So…when that sweet bad boy child of mine, the now fifty-four-year-old Axl Rose first appeared, I do believe there was a collective GASP from the crowd, or maybe it was just me? I mean, I know it’s been 20+ years, but I really expected him to still look like…

Side by side comparison…Where did he go?

And it didn’t matter at all. Once he started to sing, I was transported back to that special place where everything was as fresh as the bright blue sky (lyrics to “Sweet Child of Mine”)

He’s still bad boy sexy though, and if I squinted, he kinda sorta-well no, actually not at all.

He’s aged, I’ve aged, we’ve all aged. He’s had some work done, not exactly a total Mickey Rourke, but a bit, and he’s brave to step on stage knowing how the world sees him in reality versus in dreams (oops, my bad, hee hee.)

I danced like no one was watching (no one was) and had the BEST TIME OF MY LIFE.

The biggest difference in the two concerts from then and now -except for the cost of the ticket lol-was the ubiquitous presence of cell phones capturing every single moment. I’m guilty of that too.

When the first chords of “Welcome to the Jungle” started up, there was nowhere in the world I would have rather been than experiencing that iconic moment.

They played nonstop for more than 2 1/2 hours and ended with “Paradise City”.

As we ran to grab the trolley back to our vehicle, we saw Slash drive away in his black limo SUV and he waved to us. 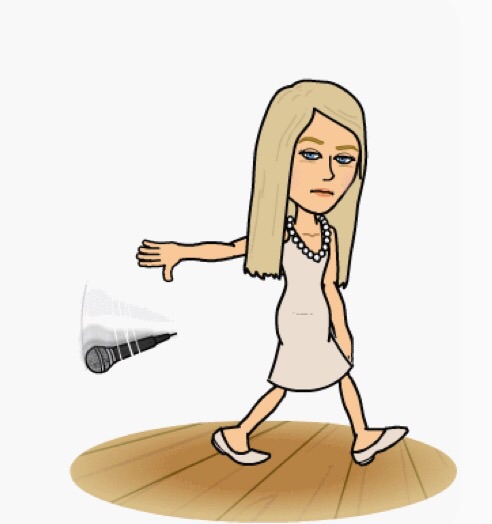 MIDlifestyle blog. I'm the mom of Professor Angel Boy and grandma to Angel Boy 2.0 and Angel Girl 2.0. I love to camp and hike. I've been in a few films, co-produced a surf-related radio show, co-owned a couple small businesses, and co-directed a non-profit organization. I love seashells and rocks, gardening and baking, Hello Kitty, Chanel, and anything sparkly. I've been a veg since 1970 and an ardent animal activist forever. Fashionista...veganista...animal activista...If you don't find me crying myself to sleep, I'm off on a mission to find the perfect shoe! And...I met His Holiness The Dalai Lama, so def read that post!