What a beautiful boy! He was almost completely camouflaged, resting in the cool grass, enjoying a late afternoon snack. Those antlers are magnificent, aren’t they?

I could have stayed there for hours, watching him in silence, but I had to go. He didn’t seem too concerned and kept eating and eating.

Is it really Wednesday already? On my way to a Pilates class, here’s my contribution: 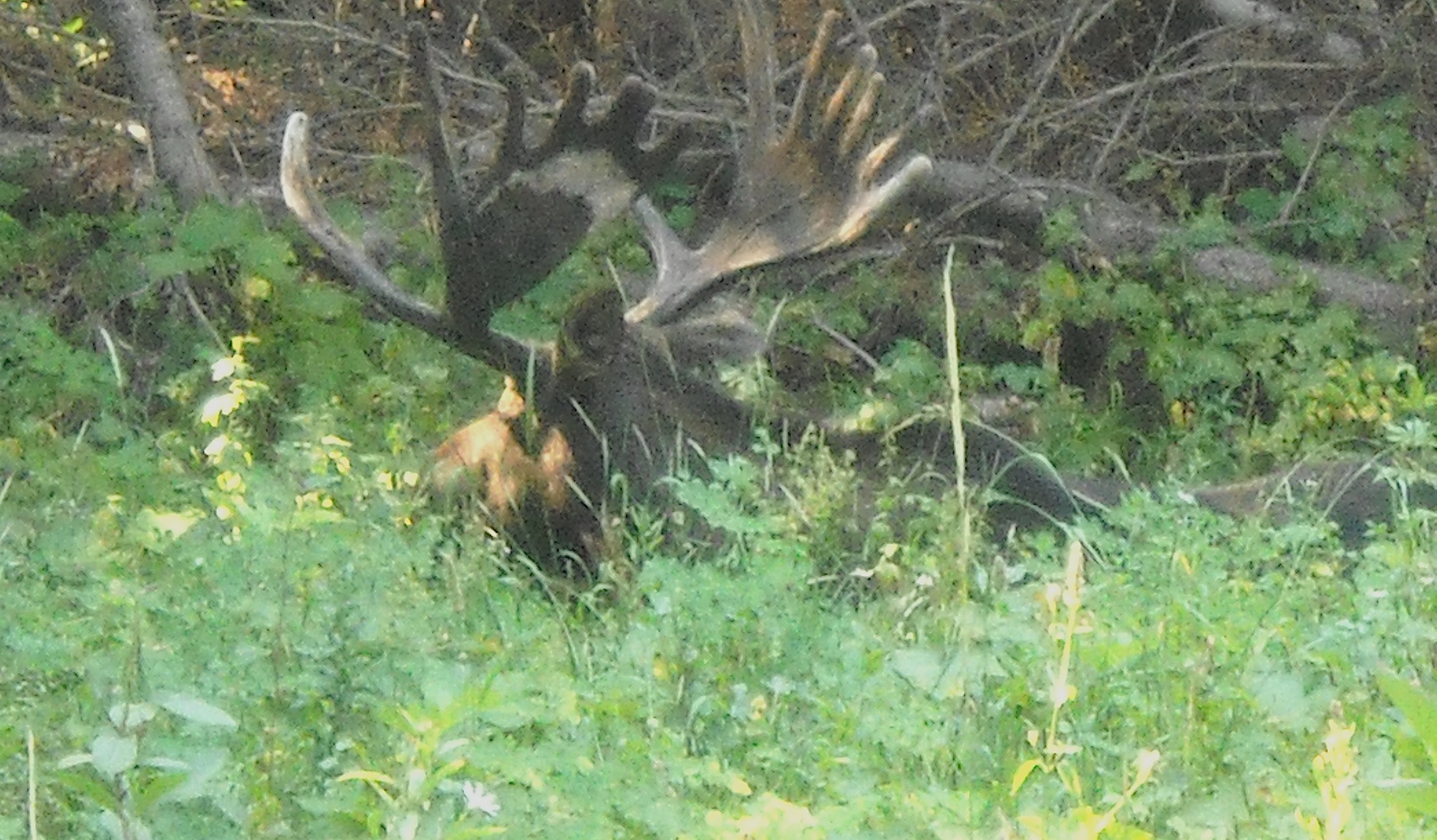 He didn’t move all day. He was about ten feet from the trail when we began our hike and four hours later, he was still there. We watched him for a while, admiring his rack (ha ha) and wondered how anyone could kill such a beautiful creature and mount the antlers on a wall for decoration.

It hurt our heart and soul to think that if this lovely animal wandered off the protected lands of Grand Tetons National Park, he’d be slaughtered.

If I was anti-hunting before this trip, I have become (if possible) even more militantly against animal murder.

At the risk of offending anyone, I’d like to suggest that hunters have sociopathic tendencies. That opinion was derived from an animal rights group and it resonates with me.

I guess this wasn’t so wordless after all.