The stock market is falling like the crumbling stones of an ancient wall.

That got me thinking about rocks. I love rocks as much as I love seashells.

Rocks from the beach, the desert, the mountains-I bring a rock or two home with me on every visit to Angel Boy 2.0. I’ve conditioned him to look for rocks for me, “Here’s a really special one, Grandma! This one’s for you!”

On our last day together, we walked on the beach at Golden Gardens right on the Salish Sea, and he found a small perfectly round, extremely white stone. In an awed tone, he exclaimed,  “This is the most amazing rock EVER. I’m going to keep it ’til I’m as old as YOU, Grandma!” (Thanks for that, little buddy lol.) Something about that white quartz touched his little soul and that touched my soul. As soon as we got home, he showed it to mom and dad and placed it on the window sill in his bedroom– a treasure. That’s a boy after my own heart, that’s for sure. The apple (stone) didn’t fall too far from the tree.

But I love other kinds of rocks too; amethyst and carnelian, selenite, kyanite, rose quartz,  all the varieties that are attributed with extraordinary and spiritual powers. I gave crystals to DIL before birthing the babies. She loves them too, I’m happy to report. 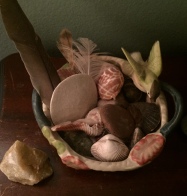 Since I also love shiny things, I was attracted to a new rock I never before heard of called shungite, and it has an old and fascinating history.

Shungite is approximately two billion years old. It was formed before there was known life on earth, deep within the earth’s crust. The main deposit of shungite comes from the Zazhoginskoye deposit near Lake Onega in the Shunga region of Karelia, North West of Russia. Shungite is composed of mostly carbon and as we know, carbon forms the building blocks of life.

There are claims that it’s an extraordinarily positive stone and using it may bring a variety of good fortune as well as health benefits.  Shungite contains fullerenes, which are powerful antioxidents and specifically thought to protect us against the dangers of EMFs.

Fullerenes are a newly discovered (1985) form of carbon which was previously only known to exist as diamond, graphite, or coal. They’re named after Buckminster Fuller, the American architect who designed geodesic domes which resemble spherical fullerenes in appearance.

Shungite is a stone of transformation with a huge list of amazing benefits, and because of its nature and composition, it’s unlike any other stone on the planet.

“Shungite cures, rescues, purifies, heals, protects, normalizes, restores and even stimulates the growth. It kills and devours anything that harms people and other living beings, and concentrates and restores all that is good. The scholars who have studied Shungite in one voice declare, it is a miracle! “ – A. Doronina “Shungite – the Stone-Savior”

Following are some of the benefits of shungite:

EMF Protection — We’re bombarded by WiFi and electromagnetic frequencies 24/7; these disrupt our energetic field and negatively affect the cells in our body, leaving us feeling drained, mentally foggy, and out of balance. Shungite has been proven to neutralize EMFs.

Antiseptic — Shungite also has antiseptic properties. Russian Tsar, Peter the Great instructed his troops to each carry a piece of shungite to purify their drinking water. Allegedly, enemy forces succumbed to dysentery while the Russian troops remained strong because of the shungite advantage.

In addition to keeping a piece of shungite in our bedroom and near us when we’re on the computer or our cell phones, I found a simple recipe for Shungite Water that I’m going to try tonight.

Shungite Water — My cursory Google research reveals a recommendation to drink at least 2-3 glasses of shungite-infused water daily to heal or prevent digestive, muscular, or nervous system illness and to increase circulation. Daily use of shungite water to wash face or body improves elasticity of skin and gives it a healthy look. Hey, I’ll try ANYTHING to slow down the hands of time and reduce wrinkles!

Here’s what I did: so simple…I took my piece of shungite, placed it in a glass and used filtered water. I’ll leave it overnight and start drinking it tomorrow. Who knows? Maybe a miracle will occur and I’ll shed twenty or thirty years. Fingers crossed, right? 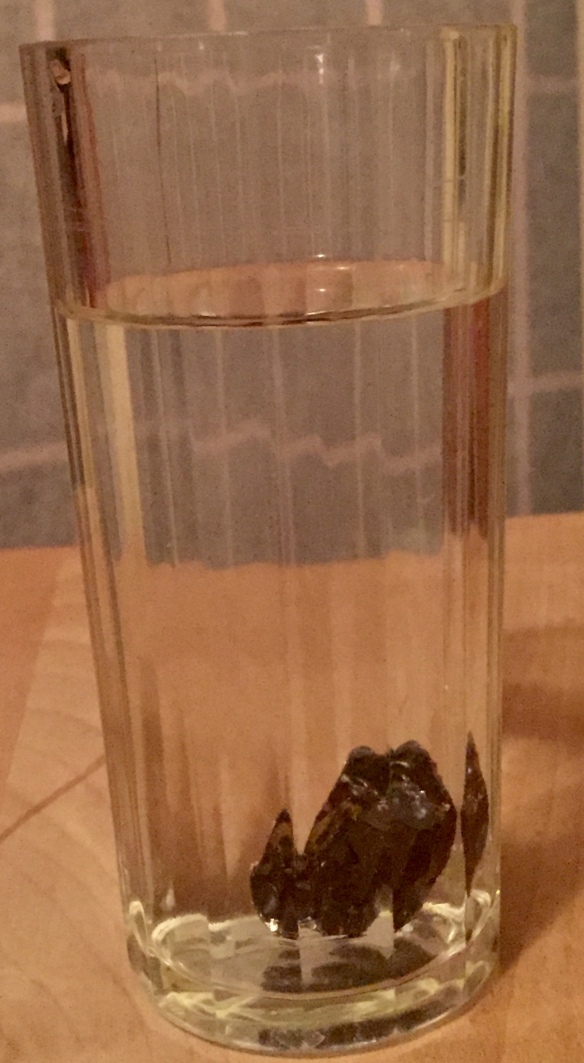 Have you heard of shungite?
Do you believe in the power of crystals and rocks?
What are your faves?

Do you think this looks like a donut as much as I do? It’s not though, just a rock treasure alongside a seashell treasure. 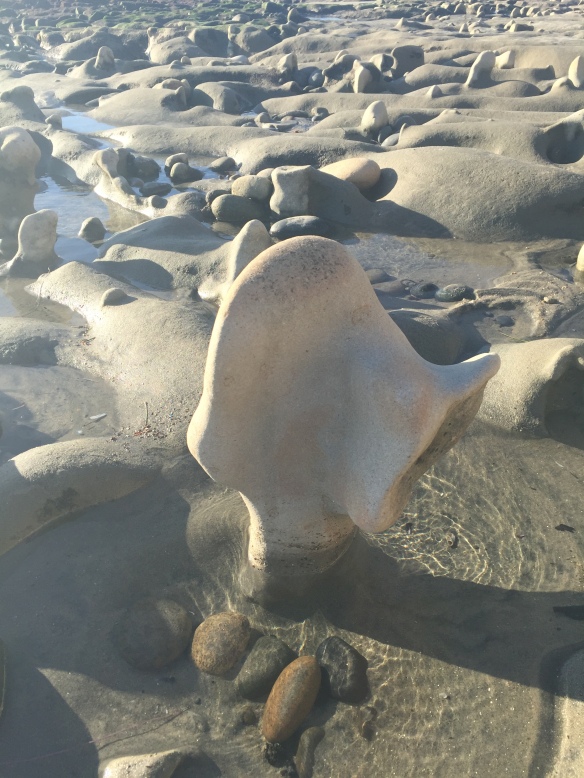 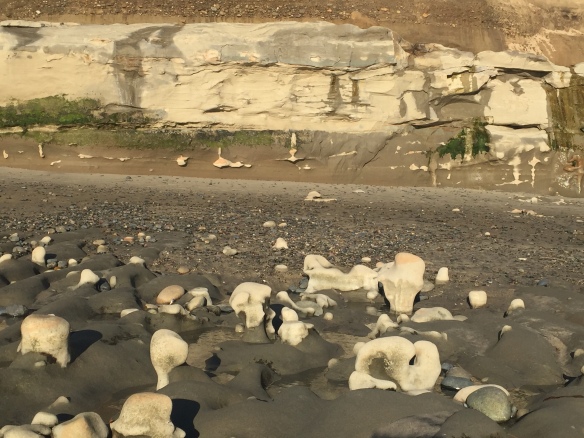 stones and rocks and boulders

warm from the sun

bathed by the sea 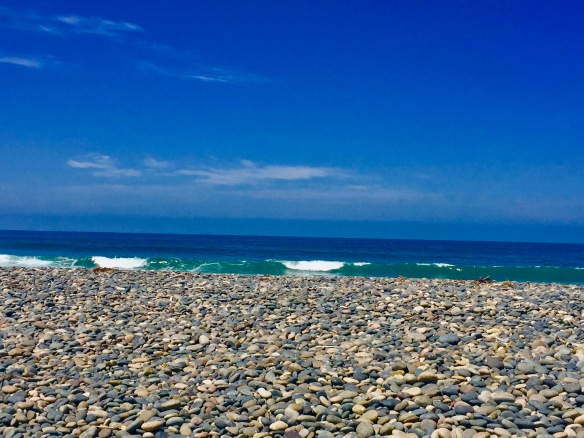 As I was cleaning out a bowl of rocks, I found this incredible heart-shaped one. I put it on display because it is just so perfect, isn’t it?

MIDlifestyle blog. I'm the mom of a wonderful son affectionately called Professor Angel Boy and grandma to Angel Boy 2.0. Love to camp and hike. I've been in a few films, co-produced a surf-related radio show, co-owned a couple small businesses, and co-directed a non-profit organization. I love seashells and rocks, gardening and baking, Hello Kitty, Chanel, and anything sparkly. I've been a veg since 1970 and an ardent animal activist forever. Fashionista...veganista...animal activista...If you don't find me crying myself to sleep, I'm off on a mission to find the perfect shoe!