Yesterday was so windy, it almost knocked me over. Trees and power lines were down all along the coast.

I think it’s astonishing that I can see these mountains sixty to eighty miles away when I stand in the middle of my street right in front of my house. I live exactly three miles away from the Pacific Ocean. It’s a bit hazy and the camera lens is trying as hard as it can to capture the snow capped hills.

After walking up nearly fifty steps to the very top of my garden, this is the view facing east to either Palomar Mountain or Mount Laguna (I can’t tell the difference) where they had about a foot of snow.

The power lines are actually quite far away; they seem closer than they actually are.

These apartments are an ugly blight on the landscape, ruining the mountain pic. This city has zero sense about the value of open space.

I would love to drive up to Mammoth Mountain to ski ‘cos I hear they received eight to ten feet of new snow in the Sierra Nevada, but I had a bad experience driving to Snow Summit and have never been able to shake the fear. I had taken my son skiing for his thirteenth birthday and we had a really fun day together but on the way back home, my brakes went out and we almost crashed. REALLY! Actually, we ran off the road at a Ranger’s Station and we’re lucky to be alive. Highway Patrol arrived and we were towed to San Bernadino and the shop was able to repair whatever brake issue caused the malfunction and we drove home. Ever since then, I’ve been too afraid to drive to the mountains. That was about the closest to death I’ve ever been and it traumatized me. Not my Angel Boy though; he’s fearless, and that’s the way it should be.

After the rain, our beautiful ocean is still a little agitated, and the next storm’s clouds loom on the horizon…

The snow falls, each flake in its appropriate place. ~ Zen proverb ~

That’s what it feels like. A beautifully bewitching soundless shelter, muffled voices and cars and barking dogs. Silence. It’s like living in my very own Chanel snow globe. (Of course, the reality might be that my 102 degree fever from the flu is making me a bit crazy. On that subject, I used to have this very special blanket that would make me feel 100% better when I was sick and I really miss it. Sad.)

The Japanese have a word for the sound of snow falling.

It’s shinshin (say sheensheen). The word “shin” means silence or, more accurately, the absence of sound where there was sound before.

So “shinshin” is more of a feeling than anything else, a protective blanket of silence. The enchanting sound of silence.

Physicists say humans cannot hear falling snow; the pitch is too high. Wolves and bats can, which might explain why right before a snowfall they seem to disappear into shelter.

And then more and more and more snow, covering cars and houses and the streets and trees. So clean and fresh, like white sparkly frosting on everything.

It’s been years and years since I woke up to the magic of a snow-covered world.

I stepped out into the pure and awesome whiteness of it, snowflakes settling gently on my face and hair, and I recall the wondrous and extraordinary exquisiteness of being alive. It made me want to twirl around and around with outstretched arms, at one with the cosmos. (I did.)

Snow was falling,
so much like stars
filling the dark trees
that one could easily imagine
its reason for being was nothing more
than prettiness
MARY OLIVER, “Snowy Night”, What Do We Know: Poems and Prose Poems

I took video of the gigantic snowflakes but my free WP account doesn’t allow vid uploads, so I hope these pics capture the glory. 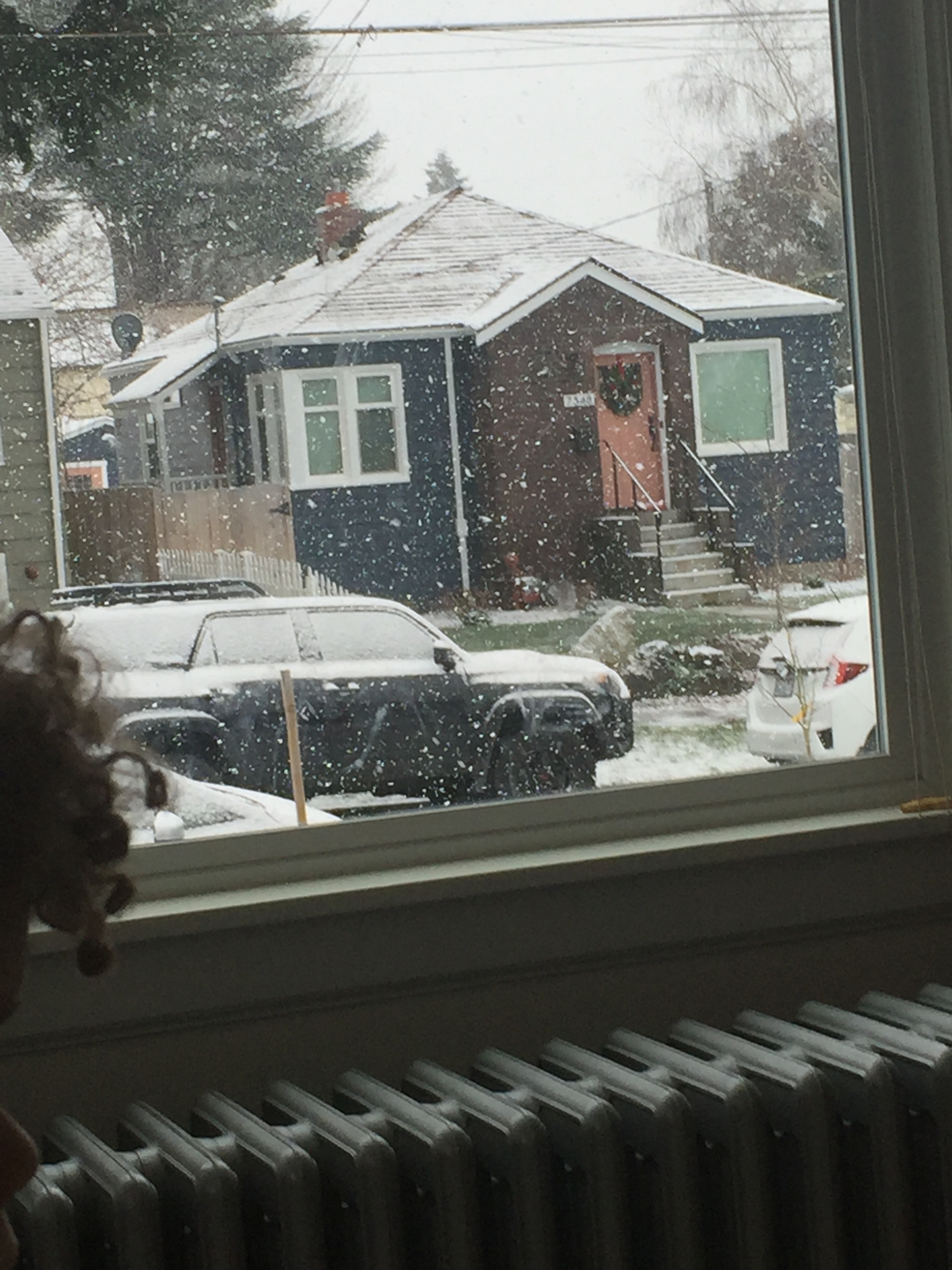 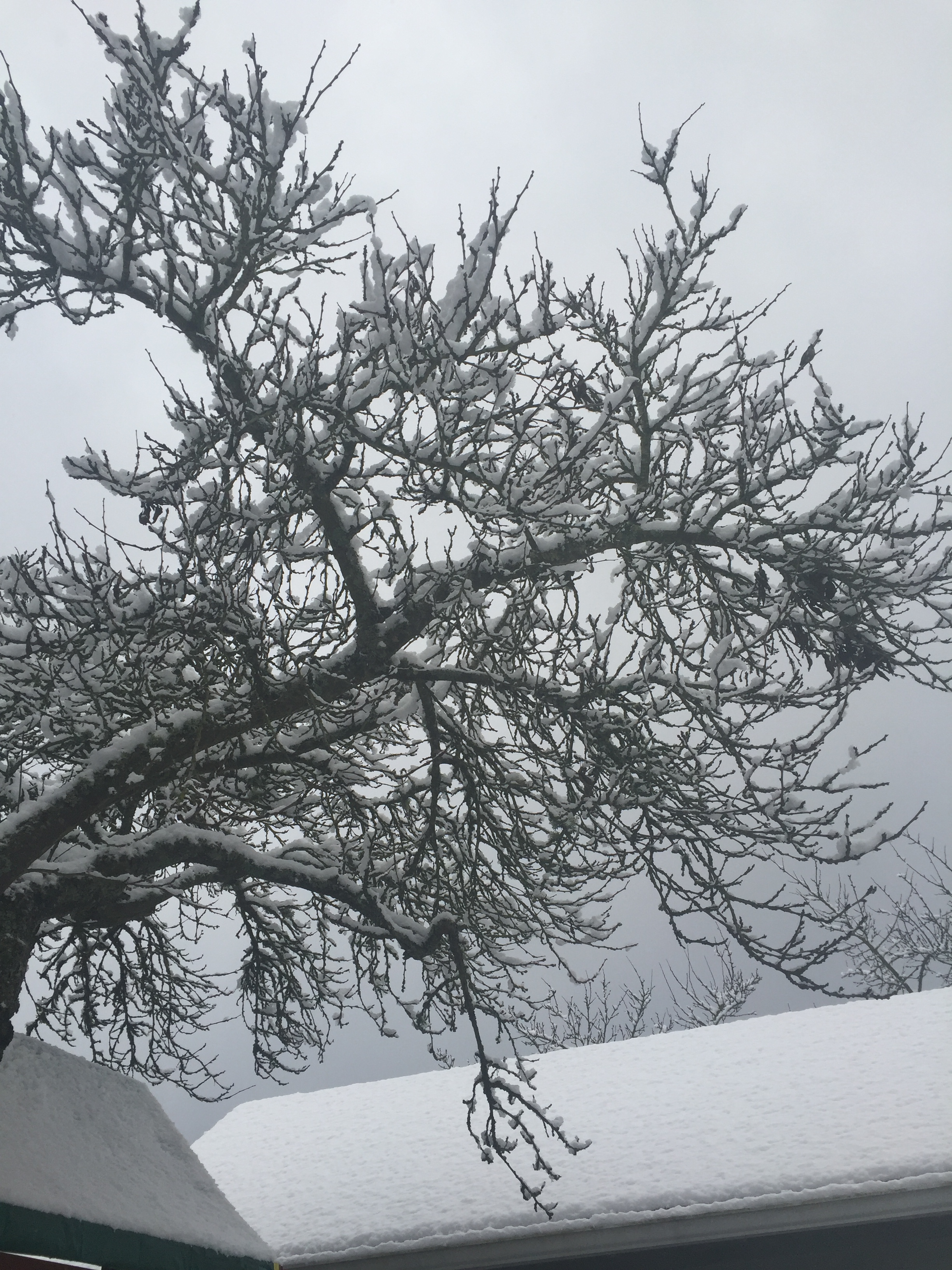 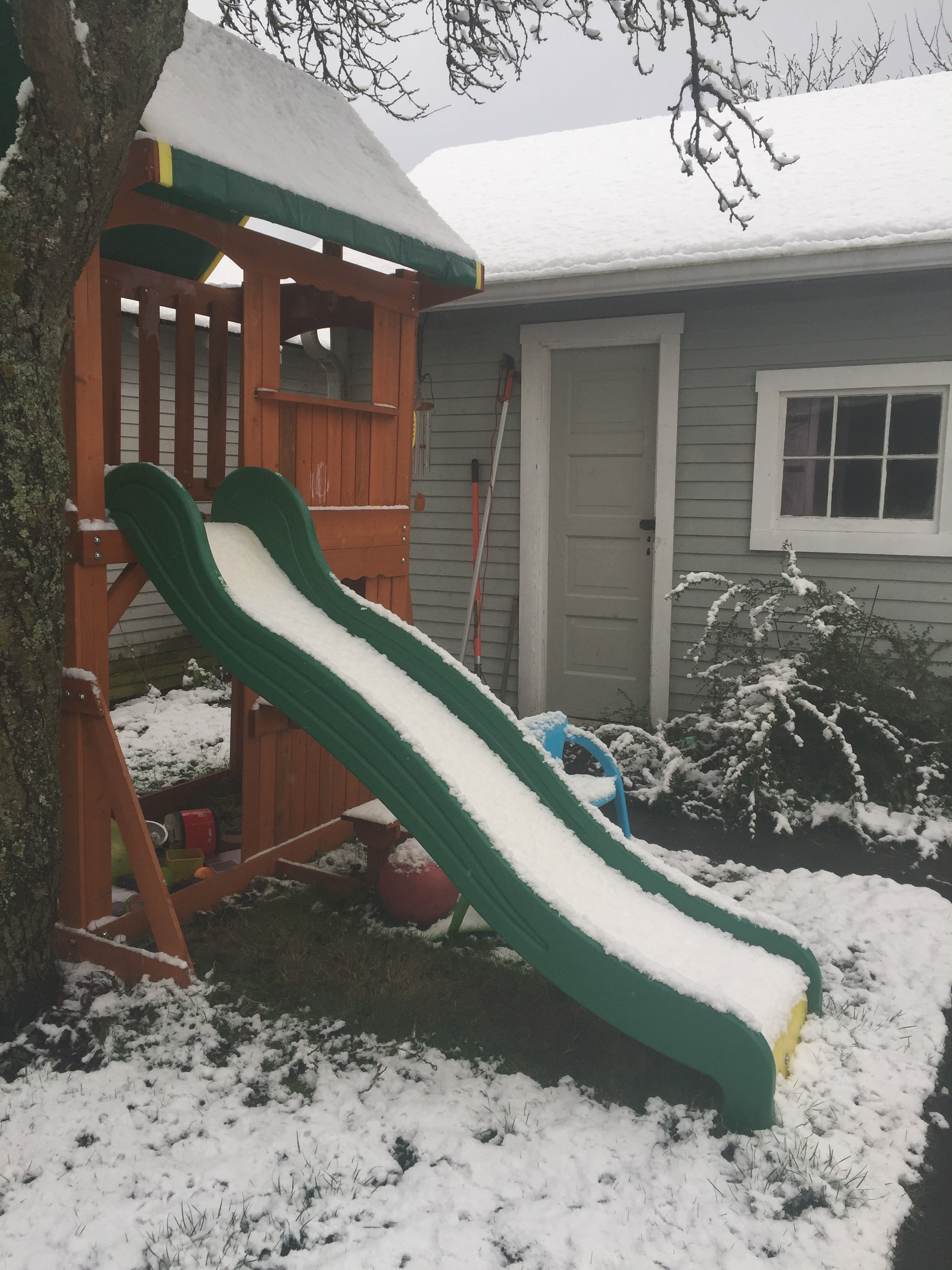 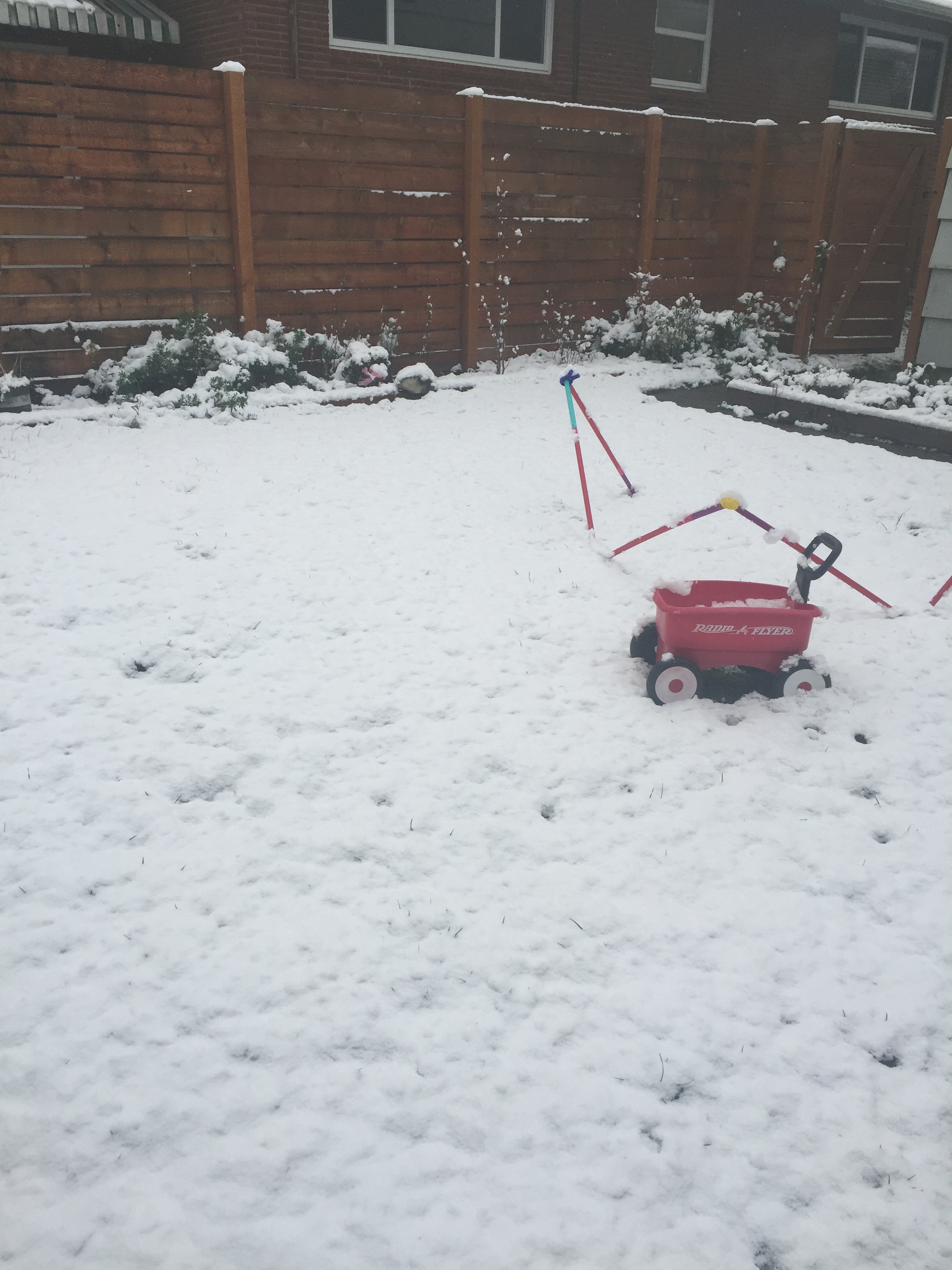 PS If anyone wants to gift me that Chanel snowglobe, it really exists. Google it.

It might not be a big deal to a lot of you who experience snow every winter, but snow falling to around one thousand feet in the foothills of our valleys and mountains is a big deal for this Southern California girl!

An arctic storm brought a lot of snow down to almost record breaking levels; of course I needed to end 2014 with a snowball fight. The snow was amazingly light and fluffy.

A winter wonderland  and only about twenty minutes away!